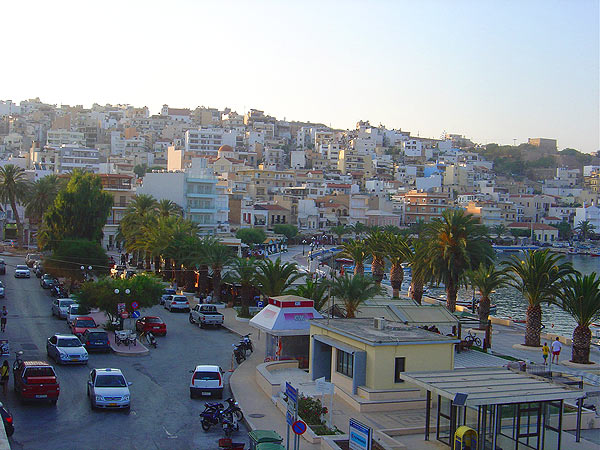 Sitia lies in Lassithi prefecture, to the east of Agios Nikolaos and to the northeast of Ierapetra.The town is one of the economic centers of the Lasithi region. The earliest settlement of the town dates back to Minoan times; excavations in the neighbouring site of Petras have unearthed architectural remains that date back to the end of the Neolithic period 3000 BC and continue throughout the Bronze Age 3000-1050 BC.

According to Diogenes Laertius, Sitia was the home of Myson of Chen, one of the Seven Sages of Greece. The town was later expanded and fortified by the Venetians who used it as a base of operations for the Eastern Mediterranean. During the Venetian occupation, the town was destroyed three times: by an earthquake in 1508, by a pirate attack in 1538 and finally by the Venetians themselves in 1651 so as not to fall into the hands of the Turks.

After the Venetians moved out of Crete, the town was abandoned for two centuries until it was resettled by farmers in 1869. The main remnant of the Venetian occupation is the Kazarma (from Italian casa di arma), the old fortress overlooking the harbor.

Sitia has not experienced the effects of mass tourism; even though there is a long beach along the road leading to Vai and several places of historical interest, the town is visited by few tourists.

Sitia : Hotels in the area

Located 1 km away from Hiona Beach, Hiona Holiday Hotel has a swimming pool and a snack bar, and serves buffet breakfast in the morning

SIRINES complex, a springboard for a variety of activities and an ideal starting point for your acquaintance with eastern Crete

Welcome to HOTEL Sea Breeze! You will find us just 2 kilometers away from Sitia in Lassithi. Our location is just 100 meters from the beach and within walking distance