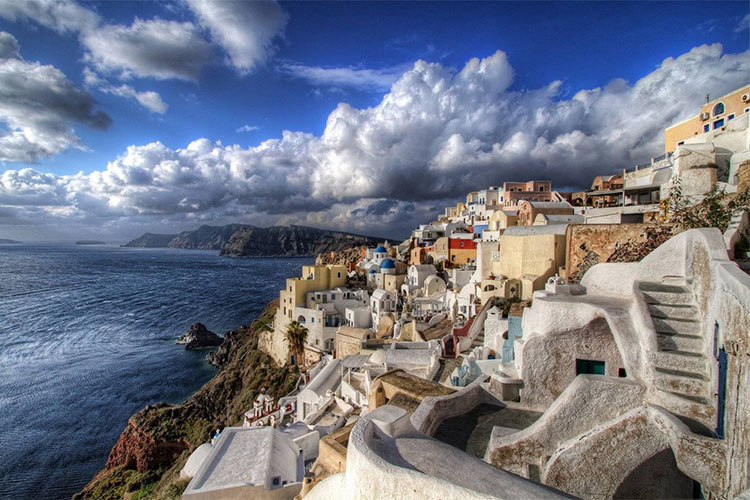 Santorini, along with the islands Thirassia and Aspronisi are the remnants of the volcanic island Stroggili. These islands along with Thira, Palea and Nea Kameni are a cluster of islands of Santorini and is enough to mention that have been identified as outstanding natural beauty, which makes Santorini a popular global tourist centers .

In Santorini you will be impressed by the scenery, villages, rare museums and monuments of great interest.

It is striking that the island was gradually created from lava of it's (still active) volcano, while the lava used by residents to make their homes! After a big boom in antiquity it's central part was sank (this created the kniwn Kaldera which is an underwater crater - attraction for visitors ) . These compose it's geological peculiarity fact which attracts thousands of tourists every year.

Places like the capital Fira, the Museum of Prehistoric Thera in Fira , Akrotiri , where the archaeological site of prehistoric settlement at Thera is located, and the unique sunsets (especially of Ia) are just a few attractions that will leave you speechless .