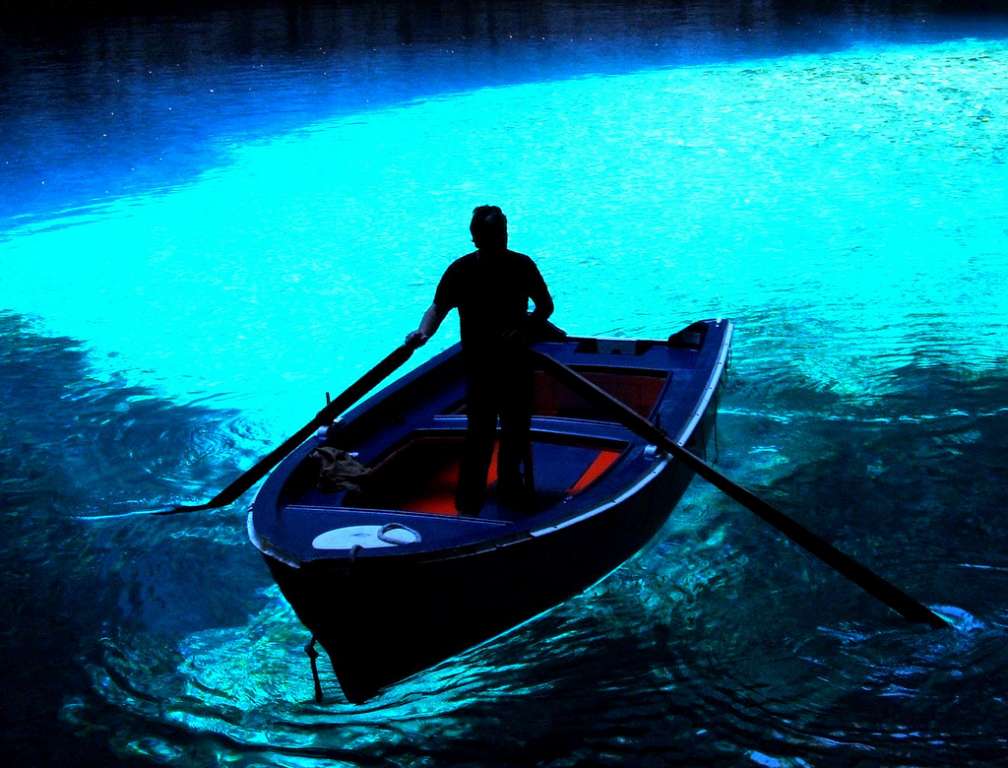 In Kefalonia there are unique attractions. Geological phenomena such as the famous sinkholes. Kefalonia is one of the very islands of Greece which because of a number of unusual phenomena (mainly geological) is called "the island of strangeness."
Attribute this phenomenon is the Sinkholes near the island's capital, Argostoli. Sinks in the sea water flowing towards the land and disappears into the underground sinkholes. After just 17 ​​km it ends into the sea at Caves Melissanis and Drogorati.

Near the town you can also see other sightseeings of the island like the stone bridge of Drapanou, Metaxa Square, the Lighthouse of Saint Theodore, the ancient city of Kranis, the Cave of St. Gerasimos, the Korgialenios Library, the Archaeological, Historical and Folklore Museum, etc.